Today I found out that I won a PTA mini-grant to get a Glogster EDU Teacher Premium plan for my students!  Glogs are basically online, interactive posters.

The Premium platform gives me full control over 200 student nicknames, classes, projects, portfolios, and presentations.  Glogster is "a collaborative online learning platform for teachers and students to express their creativity, knowledge, ideas and skills in the classroom."  Link: http://edu.glogster.com/

Click the picture below to see a sixth grade student example from this past fall (or, click here: edu.glogster.com/the-aztecs).  Don't forget to click the embedded pictures, click the play button on the picture of the sun, and press play on the video player! 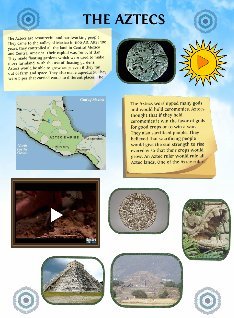 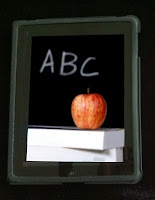 I guess it's the sign of the times...  On Monday, February 27th, I will be giving a workshop at the the Morris County Educational Technology Training Center called "iPads in K8 Education" (link: http://tinyurl.com/88hw5n5).

The iPad provides intriguing and interesting options for what can be done to enable student learning. Using a variety of apps, learn how to teach lessons and how to manage the use of iPads in the classroom.
Posted by Unknown at 11:10 AM

Last week my seventh grade students collaborated online to create a "Virtual Student Constitution" on a collaborative wiki (a wiki is basically an online document that more than one person can edit).  The project was framed around a current event, based on an article in the Guardian, Mob rule: Iceland crowdsources its next constitution: Country recovering from collapse of its banks and government is using social media to get citizens to share their ideas.
My students were each given a laptop and met online (rather than face-to-face) in cooperative groups to rewrite their student handbook.   The Edmodo social network was the virtual meeting place.  Edmodo has the look and feel of Facebook, but it is private and secure.  Students were given five other student handbooks from middle schools from around the state as a reference.  Each group edited a portion of the wiki, which included both text and embedded Voki talking avatars.  There was one wiki for each of my 4 seventh grade class sections.  Over a 5 day period, there were 415 revisions from 94 students.

Here is the link to the final revision of their wiki: https://farbercon2012.wikispaces.com/